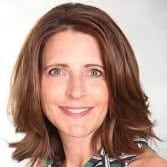 Patti Carr is a TV writer and Executive Producer whose credits range from REIGN, BEAUTY AND THE BEAST, BOY MEETS WORLD, REBA, PRIVATE PRACTICE, 90210. She has sold eight pilots, both comedy and drama, to networks such as NBC, CW, ABC and USA, and two screenplays to Paramount. Having worked as a writer in every genre from animation to multi-camera to network hour-long drama, Patti has experienced over 11 different writers’ rooms and gotten notes from most major studios and broadcast networks. She is also a WGA Board Member, a former WGA mentor, and a frequent judge for both the WGA Diversity Writer program and the Television Academy Writer Internship. She is a graduate of NYU Tisch School of the Arts with a BFA in Film and Television.