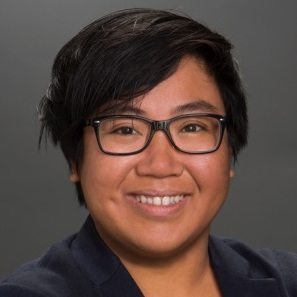 Krystal Banzon is a television writer who was the Manager of NBC Entertainment Diversity Initiatives - Writers On The Verge, The Directing Fellowship, The Late Night Writers Workshop, Diversity Scene Showcase, and the NBCU Short Film Festival for five years. Krystal is an 2017-18 alumnus of the CBS Writers Mentoring Program. She wrote on NBC's 1/2 hour comedy I Feel Bad (executive produced by Amy Poehler) and is currently writing on an animated preschool show for Disney Junior. Krystal graduated with a BA in Government and Women’s Studies from Smith College, and an MPS in Interactive Telecommunications, focusing on storytelling, performance, and technology/new media from the NYU Tisch School of the Arts. She was a Fulbright Scholar to the Philippines in theater arts, an SDC Observer to Chay Yew at Playwrights Horizons, an LGBT Point Foundation Scholar for theatrical directing, and an Old Vic New Voices TS Eliot US/UK Exchange director. She is one of the founding board members of Art2Action, an artist collective dedicated to innovative new work, creative community-based performances, and progressive cultural organizing.