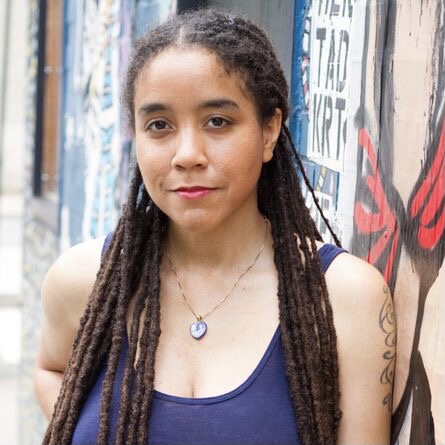 The Flight Attendant, You, Servant

Kara Lee Corthron recently received a WGA Award nomination for her work on the breakout HBO Max/Berlanti series THE FLIGHT ATTENDANT. She is currently serving as Supervising Producer on Apple and M. Night Shyamalan's acclaimed horror series SERVANT, and is set to pen Tracy Oliver’s debut horror film SURVIVE THE NIGHT for WB/New Line with Pharrell Williams and Alloy producing. She previously wrote on the smash hit YOU for Sera Gamble and Greg Berlanti. Her play WELCOME TO FEAR CITY was on the Kilroys' List 2016, and was produced at the Contemporary American Theatre Festival and Kansas City Repertory Theatre. She's an alumna of the Juilliard Playwriting Program, a current member of New Dramatists, and winner of the prestigious Princess Grace Playwriting Award. Her YA novel THE TRUTH OF RIGHT NOW was published by Simon and Schuster and was named one of Bank Street Books' Best Books of 2018, and her newest novel DAUGHTERS OF JUBILATION, also published by Simon and Schuster, was preemptively optioned by Berlanti and WBTV for Kara to adapt and EP a series adaptation.