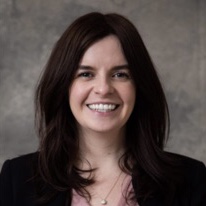 A proud native of Ireland, Cliona Dudgeon joined NBCUniversal’s Global Talent Development & Inclusion in 2018 and serves as a Coordinator. Reporting directly to the Vice President, Inclusion – Talent & Content, she works closely with the team on the department’s creative pipeline efforts which include the Universal Writers Program and Universal Directors Initiative. Dudgeon began her career in event management before moving to Los Angeles and working in the film industry. In her short time in Los Angeles, she has worked with numerous production companies such as ArieScope Pictures and GROSS Productions. Her most recent role was a Coordinator at Dog Pond Productions where she worked in feature film and television development. She received a Bachelor of Science degree from the University of Ulster Northern Ireland, graduating with Honors in Business Management.