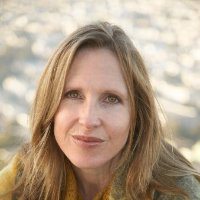 Producer, Against The Rules (Michael Lewis, The Big Short), Freelancer, PRI's The World

Catherine Girardeau is a senior producer of Against The Rules, a podcast with author/journalist Michael Lewis (Moneyball, The Big Short), recently featured on This American Life. Against The Rules covers fairness and the people who try to enforce it for Pushkin Industries (an audio company co-founded by Jacob Weisberg, former chairman & editor-in-chief, Slate Group and bestselling author Malcolm Gladwell (The New Yorker). Catherine is also a producer for Origin Stories for the Leakey Foundation and a podcaster in residence at Grace Cathedral. She's also been a senior producer at Slate.com, worked with Depict.com, the Stanford Storytelling Project, APM's Marketplace, KALW, Antenna Audio and others. Her radio features have been aired on PRI's The World, Marketplace, Marketplace Tech, the Distillations podcast and public radio stations around the country. Recent work includes Viewpoints: Body Language, an audio and visual exploration of gesture for the Metropolitan Museum of Art; audio features on a Syrian expat orchestra in Germany and a UK company helping humans become cyborgs; and a series of guided meditations for San Francisco's Asian Art Museum.