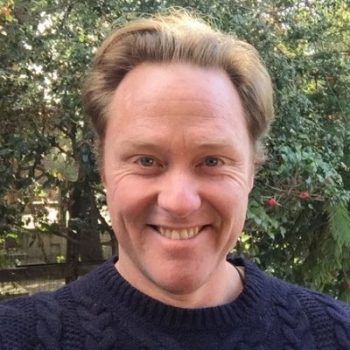 Getting into the groove with your writing is never as simple as waiting for inspiration to strike. It’s about doing the legwork: immersing yourself in the world of your story, rigorously exploring the minds of your characters and digging deep into the themes that move you. Only then can you tap into your creative mojo, on and off the job.  Nobody knows this better than TV Writer Speed Weed. Speed’s an industry veteran with 15 years of experience.

Speed’s sold pilots to HBO as well as AMC and worked as a staff writer, Co-EP and producer on top shows like Law & Order: SVU, Arrow and Haven. He’s also served as a Co-EP on 100 episodes of television.

If TV Drama Writing’s your jam, check out Speed’s upcoming TV Drama I Class starting on November 11 on LA’s East Side.

Speed took time out of his busy schedule to talk with us about his journey from playwright to TV scribe, hard-fought wisdom on surviving in the ever-evolving landscape of Tinseltown and what not to do on your first day of work as a TV Writer.

1. Tell us about your journey as a writer…

I spent all my time in high school and college on the stage or directing. I was a theater kid through and through. When my parents said they wouldn’t support me if I tried acting professionally, I went into other lines of work after college, but I couldn’t get the theater out of me so I started writing plays. Right before going to Yale Drama for playwriting, I found television, which is playwriting for our day.

2. You’ve worked on Law & Order: SVU which is one of the longest running procedurals in the history of television. What’s your secret for coming up with believable clues that drive your story forward and deliver a satisfying ending?

Actually the challenge there was coming up with new methods and motives for crime that the L&O franchise hadn’t done before. And given that they’d done everything, that was a challenge. I think I got the job because I pitched a mushroom poisoning over the political issue of water privatization. They’d never heard that before. Benson and Stabler were grounded as characters, so if they believed it, the audience believed it. I think that season we had one episode involving both twin-cest and fatal familial insomnia — both ridiculously rare things — but our characters cared so it worked.

3. You’ve also recently written on Arrow, a show that was adapted from a DC comic. What are some of the challenges in translating a comic book to television?

Arrow redefined comic book storytelling for the screen. The way the creators combined genre superhero storytelling with more relatable everyday character storytelling was novel — and very cool. At first, I found it very hard to do – characters fight bad guys and then have emotional scenes about how they feel. Then I realized it’s structurally very similar to opera. Action-aria. Not sure my co-writers appreciated the comparison.

4. You’ve also worked on Sci-Fi’s Haven. What was it like to jump on an original show (not based on existing IP) created by a team of relatively new writers?

Sam Ernst and Jim Dunn are wildly original storytellers and Haven was a dream job. To be fair to Stephen King, Haven was loosely based on one of his short-stories, but Sam and Jim built a whole world, taking very little from the IP. That’s the best-run show I’ve ever worked on.

5. Are there any constant lessons that apply to each writer’s room you’ve worked in that you could share?

Don’t be an asshole. Television is a cooperative sport. Originality is hard, so you need everyone feeling safe, supported and eager to participate. If you think you know better than everyone else, go write features.

6. You’ve also sold pilots to multiple networks. How do you come up with story ideas?

Ideas for TV shows come to me all the time. I don’t have to work at that at all. I have so many lists of potential ideas I don’t know where they all are. It doesn’t mean they’re good. It’s just, there’s a lot and they’re constantly coming. The work comes in testing them against the fundamentals of story. Can you make them work? Will they sustain? And the key to this (story 101 here) is character. All good story springs from character, so, once I sit down to work an idea, I spend a lot of time building characters.

7. And then, once you have those ideas, how can you make sure they hook executives?

I’m still figuring this out. There’s definitely a higher art to it. But I’ve seen people chase the “what do they want?” canard and it gets them in trouble. For now, I stick to what hooks me. If it goes to series, I gotta write in and defend it, so if I’ve lost my love for it, I’m fucked.

8. What’s the #1 rookie writer mistake a new writer can make?

Not knowing they’re a rookie. It’s okay to be a rookie. We were all rookies. I had a bitch of a time on my first show until a friend gave me a photo of a little boy standing next to his bike with training wheels. I posted that picture on my computer. I was a rookie, and I could smile as proudly as that little boy with my new bike.

9. What’s your advice to aspiring TV writers for breaking into the biz who want to have a long healthy career (great projects, less downtime)?

Believe in your voice. Write what you like/are good at (usually the same thing). And write a LOT.

10. What can students expect to learn in your class?

Fundamentals of character, structure and story for TV. These are not as obvious as you might think, especially if you come from other closed-end modes of storytelling (fiction, features) but they can be taught quickly and effectively. You need these to write a good pilot — and you’ll need them every day for the rest of your career.

Thanks so much Speed! Dive deep into character and TV storytelling structure with Speed’s master class TV Drama I Class starting on November 11 LA’s Eastside.