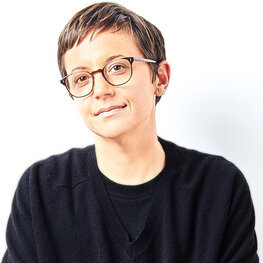 Swan Huntley is a writer living in Los Angeles. Her novels include Getting Clean With Stevie Green (2022), The Goddesses, and We Could Be Beautiful. Her novel The Goddesses received a Booklist Starred Review, was picked by InStyle magazine as one of seven books to read and got rave reviews from O (The Oprah Magazine). Swan's bestselling novel We Could Be Beautiful got a Kirkus (Starred Review) and rave reviews from the NY Times Book Review, Elle, SF Magazine and was a was a People Magazine, “Book of the Week.”She earned her MFA at Columbia University and has received fellowships from The MacDowell Colony and The Corporation at Yaddo, where she was the 2019 recipient of The LeSage-Fullilove Residency. Her writings have appeared on Salon, The Rumpus, McSweeney's Internet Tendency and Autostraddle, among others.